The highest decision-making authority in Helsinki is the City Council. The Council elects the Mayor and four Deputy Mayors for the duration of the Council term. The Council also makes appointments to City authorities and the most important offices.

The Mayor serves as the chair of the City Board, and the Deputy Mayors chair the sector committees. The Mayor and Deputy Mayors are full-time elected officials. 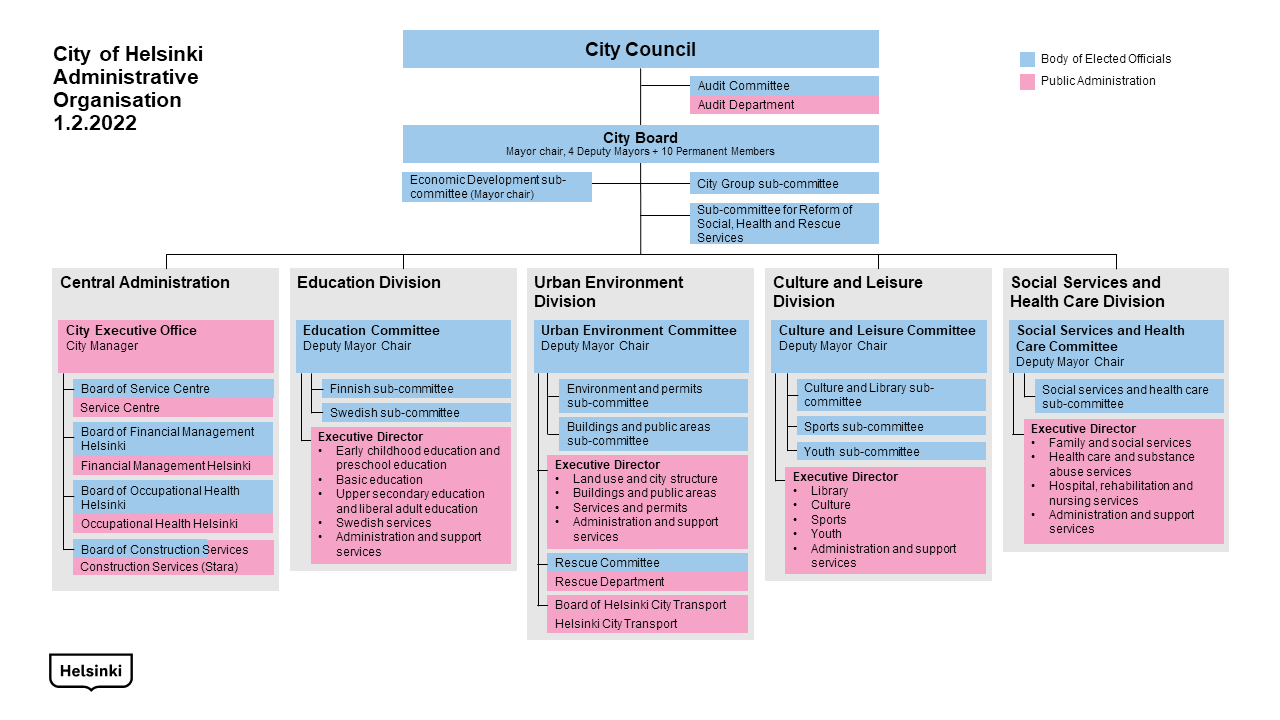 The Urban Environment Division consists of three units, which are land use and city structure, buildings and public areas, and services and permits. The rescue function and the Helsinki City Transport (HKL) municipal enterprise are organisational units.